Hidden Dangers of Fluoroquinolone Antibiotics in the Benzodiazepine-Dependent Population 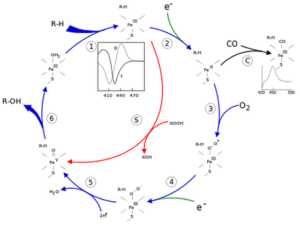 Whether it was for a sinus infection or bronchitis, most people have taken an antibiotic at some point in their lives. Antibiotics can be lifesaving medications but, like all other drugs, they come with risks. In particular, one specific class of antibiotic drugs called the fluoroquinolones carry serious risks that few people are aware of. In light of the growing epidemic of antibiotic resistance, each new generation of antibiotics has bolstered an enhanced degree of potency which can be viewed as both an asset and a liability. The fluoroquinolone class features a robust, broad-spectrum antibiotic effect and includes many popular drugs such as ciprofloxacin (Cipro), ofloxacin (Floxin), norfloxacin (Noroxin), levofloxacin (Levaquin), moxifloxacin (Avelox), and gemifloxacin (Factive).

Chemically speaking, the mechanism of action of the fluoroquinolones closely mirrors that of certain chemotherapy drugs, so it is rather unsettling that these powerful agents are sometimes prescribed for relatively benign infections that would probably resolve on their own or with a milder drug. One notable and unique risk of the fluoroquinolones is that, unlike most other antibiotics, they are neurologically active at commonly prescribed dosages. As an action secondary to their primary antimicrobial effect, they are capable of binding to certain receptors in the brain, spinal cord, and peripheral nervous system. The primary receptor type affected is the GABA-A receptor, which is the exact same receptor that benzodiazepines act on.[1]

When a fluoroquinolone binds to a GABA receptor, the result is the polar opposite of the effect of CNS depressants like benzodiazepines. Fluoroquinolones are antagonists of the GABA-A receptor, meaning that they prevent the binding of GABA and can displace other molecules bound to the receptor, such as benzodiazepines.[1] GABA is an inhibitory neurotransmitter and drugs which enhance its action, like benzodiazepines, cause sedation. The GABA receptor blockade caused by a fluoroquinolone results in a CNS stimulant effect, with neurological manifestations ranging from mild insomnia and agitation to hallucinations and seizures.[2] Anyone can suffer these side effects, but individuals prescribed benzodiazepines are notably much more prone to experiencing these adverse neuropsychiatric reactions.

The culprit is the GABA receptor downregulation imposed by benzodiazepine tolerance. When a benzodiazepine is given chronically (beyond 10 days) there are a series of downward compensatory mechanisms which seek to restore a neurological equilibrium in light of the overstimulation of GABA receptors by the drug. This results in GABA receptors becoming progressively less receptive to GABA over time following prolonged exposure to benzodiazepines.[3] Over time, the brain’s GABA-dependent systems are weakened and there is a heightened vulnerability to external influences which decrease the action of GABA.

Imagine each GABA receptor as having a gas pedal and a brake pedal. The entire GABA receptor, with its imaginary gas and brake pedals, is anchored into the neuron whose pace it controls. GABA agonists like benzodiazepines act on the brake pedal and GABA antagonists like fluoroquinolones act on the gas pedal. When an agonist acts on the brake pedal, chloride ions flow through the receptor into the neuron. Chloride ions are like an electrostatic glue which slows the neuron down. When an antagonist acts on the gas pedal, the flow of chloride stops and the neuron speeds up.

When an agonist is present for a prolonged period of time, the brake pedal gradually becomes worn out. Additionally, the neuron will recruit chemical messengers to tune up the gas pedal so that the neuron can continue to move along at its desired pace. It might be a pace that provokes anxiety, but it is the precise pace which will allow the neuron to fulfill its purpose within the unique neural circuit it belongs to. After being chronically slowed down by benzodiazepines, neurons want to break free but are held back by the presence of the drug. They will progressively fight back harder and harder to overcome this pharmacological oppression. Fluoroquinolones unleash neurons from their chemical bondage by disengaging the brake and stepping on the gas pedal, causing a sort of neural short-circuit as the freed neurons begin to race out of control.

It has been shown that certain non-steroidal anti-inflammatory drugs (NSAIDs) like ibuprofen are capable of enhancing the GABA receptor blockade cause by fluoroquinolones, potentiating their neurotoxicity and exacerbating their CNS side effects.[5] NSAIDs are frequently co-prescribed with fluoroquinolone antibiotics for painful infections like sinusitis and urinary tract infections. Adding further insult to injury, some fluoroquinolones including ciprofloxacin (Cipro) are inhibitors of the CYP1A2 liver enzyme which is responsible for metabolizing caffeine and other xanthine alkaloids found in coffee, tea, and chocolate.[6] This commonly results in an increased sensitivity to the stimulating effects of caffeine when ciprofloxacin is taken. Hence, it is hardly a surprise that coffee drinkers who are prescribed a benzodiazepine are at an even higher risk for fluoroquinolone-induced seizures and neuropsychiatric disturbances.

These symptoms are all consistent with acute benzodiazepine withdrawal syndrome. Furthermore, it may take several weeks or even months after discontinuing the fluoroquinolone for the affected individual to become symptom-free. This may be due to the long-term potentiation that occurs when excitatory glutamate-containing synapses are overstimulated by a deficit of GABA activity. Some individuals never return to their pre-fluoroquinolone state and they are commonly referred to as having been “floxed”. They are left with conditions including peripheral neuropathy, muscle weakness, cognitive dysfunction, new or worsened mental illness, and even paralysis which are all consistent with excitatory neurotoxicity (excitotoxicity) and brain damage.[8][9][10]

Taking all this into account, it is imperative that moving forward more healthcare professionals will become aware of and publicly acknowledge this dangerous interaction which has rendered normal, healthy people disabled. However, this alone is not enough. It is equally important that benzodiazepine-dependent individuals become aware of this interaction so that they can better advocate for themselves. It is well known that chronic benzodiazepine usage often creates chemical sensitivities which require the affected individuals to avoid a variety of foreign substances which most normal people can tolerate, and fluoroquinolones probably fall at the very top of that list.

Brad Verret was biochemist and former medical student, who was employed at The Dow Chemical Company in polymer characterization.  Brad’s benzodiazepine injury from Xanax began in 2011 as an undergraduate student. His health began to decline and he developed neurological symptoms consistent with multiple sclerosis. In 2014 Brad became aware of his tolerance to the drug, leading to being rapidly tapered off the drug in a week. After suffering a few agonizing months from the rapid withdrawal, he was reinstated and slowly tapered of Valium for a year, which was completed in August, 2016. Brad enjoyed using his free time to spread awareness of, and hope for those impacted by iatrogenic illness. Brad passed away in 2017.