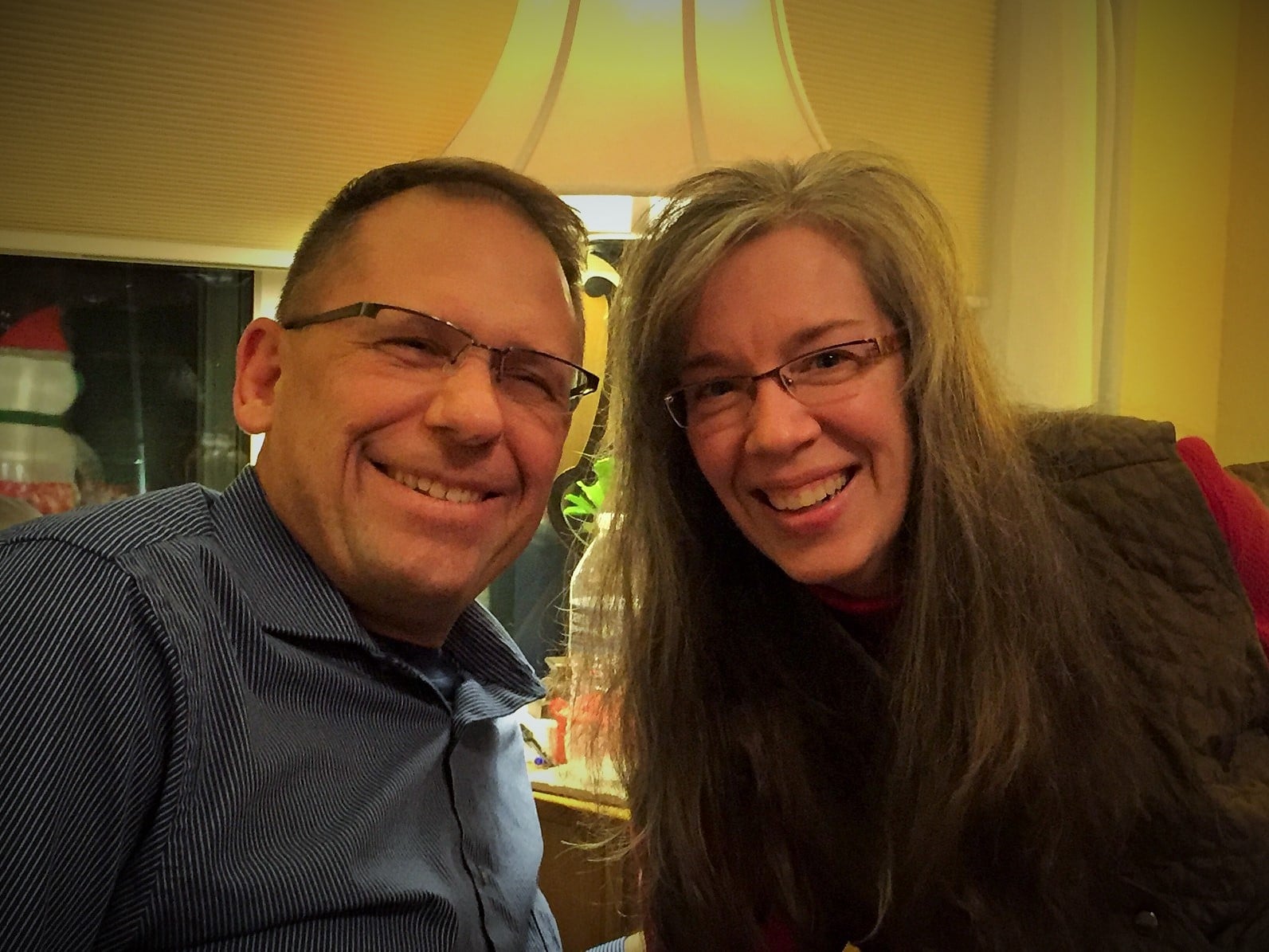 Christine Anne Narloch passed away on June 16, 2017 at the age of 48 after a long struggle with benzodiazepine withdrawal syndrome that ended in suicide. Her husband, Mike, describes her as “an intelligent woman who loved life. She was a joyful and happy person with an infectious smile. Everyone who met her loved her.”  She was a woman of faith and active in her church.  In an email a few months prior to her death, she wrote, “I’ve been happily married almost 23 years and loved being a housewife and serving in my local church. I have family, a lot of friends, and enjoyed people. I loved to smile, I loved to sing, I loved to read, I loved to help people, I loved to take care of my husband and my home, and I loved so many other things. But my life has now changed beyond human comprehension.”

But my life has now changed beyond human comprehension.

How does such a happy, loved, and fulfilled person end up committing suicide? In April of 2015, she was prescribed 1mg of Ativan (lorazepam) that she took 3 times daily for symptoms of anxiety and tremor resulting from hyperthyroidism. She was not given informed consent at the time of prescription that the drug could cause physical dependence and/or severe side effects or that it was not intended for long-term use. Initially, Ativan helped the symptoms for which it was prescribed, but after 2 months of taking it as prescribed, Christine developed a new cluster of symptoms. Her husband recalls she was not acting like herself and wondered if these new symptoms could be a result of the drug. Christine noted she was “now in tears most of the time and experiencing the inability to sleep and think properly, losing weight, having episodes of horrible fear and terror, burning nerves, episodes of severe pain, and thoughts of suicide.” 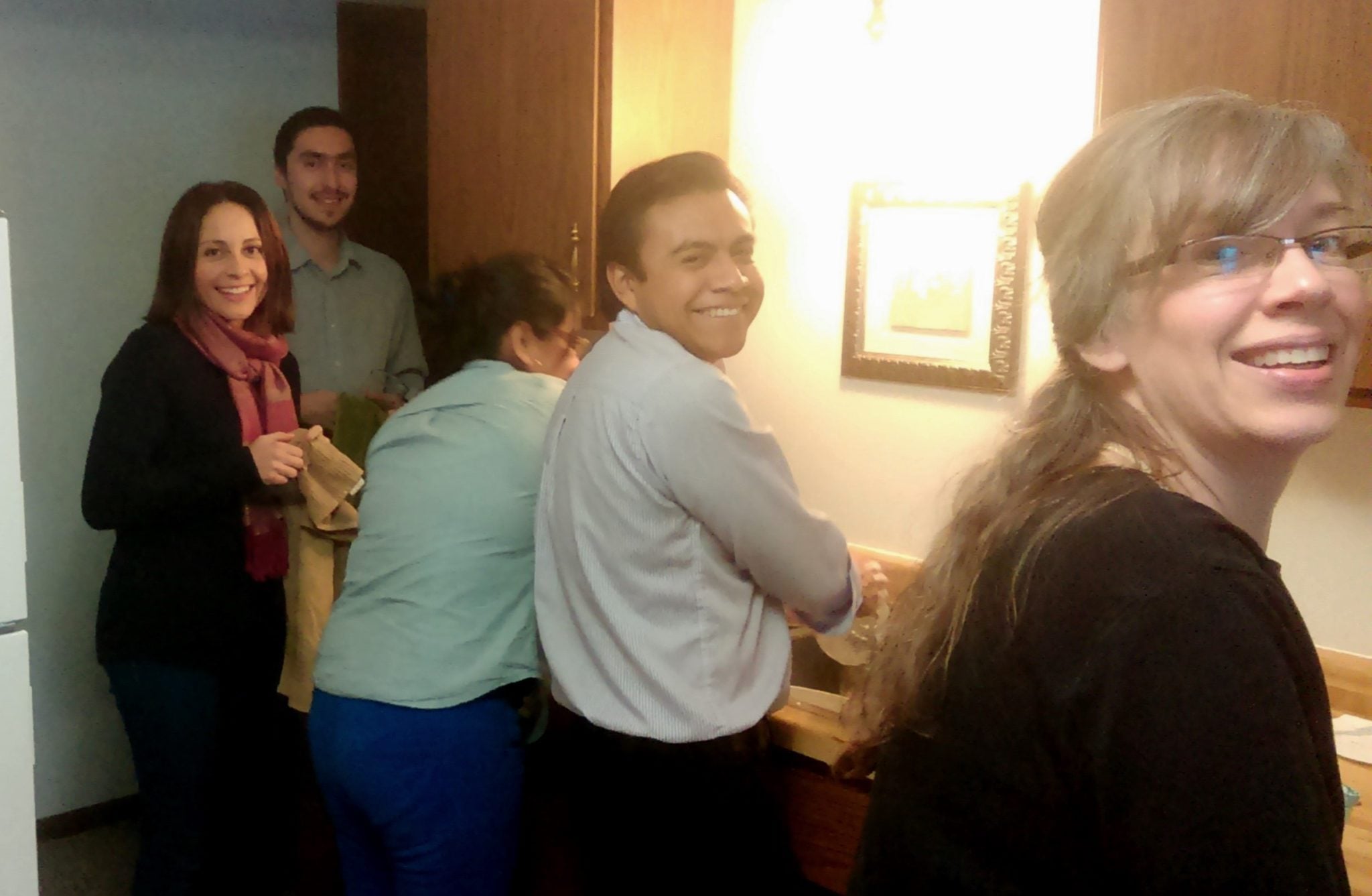 She became unable to drive or care for her husband or her home. She visited multiple physicians who could not diagnose the cause of her symptoms. Ultimately, she had her thyroid removed in July 2015 at the recommendation of a panel of doctors. They simply had no idea what else to do. The surgeon who performed the procedure told Mike that he didn’t think the thyroid was the cause of her symptoms, but he still reluctantly agreed to do the procedure at the urging of her other doctors.

After the surgery, Christine’s condition continued to deteriorate. She became increasingly suicidal. Knowing her life was at risk, she admitted herself to the hospital under the care of a psychiatrist, hoping that she would be helped. She was promptly diagnosed with a “nervous breakdown,” generalized anxiety disorder, and fibromyalgia. The psychiatrist made the decision to stop the Ativan abruptly, assuring the Narlochs that this was safe. What ensued during that hospital stay was not any sort of relief, but instead a rapid onset of mental and physical torture that Christine would endure for the next 21 months.

What ensued during that hospital stay was not any sort of relief, but instead a rapid onset of mental and physical torture that Christine would endure for the next 21 months.

Within a day of stopping Ativan, she had severe skin burning from head to toe.The next day, bright lights appeared before her eyes, combined with the feeling that her head was exploding, followed by a loss of consciousness for 30 minutes. When she awoke, she could barely walk for the next several hours and her pleas for help were ignored by the nursing staff. She was released after 6 days in the hospital on a cocktail of risperidone, gabapentin, and hydroxyzine, while still suffering horrific symptoms. Two days after discharge, she sought help again in the emergency room where the ER doctor diagnosed her symptoms as ‘benzodiazepine withdrawal’, noting in her chart that she had not been tapered from the drug.

After the Cold Turkey 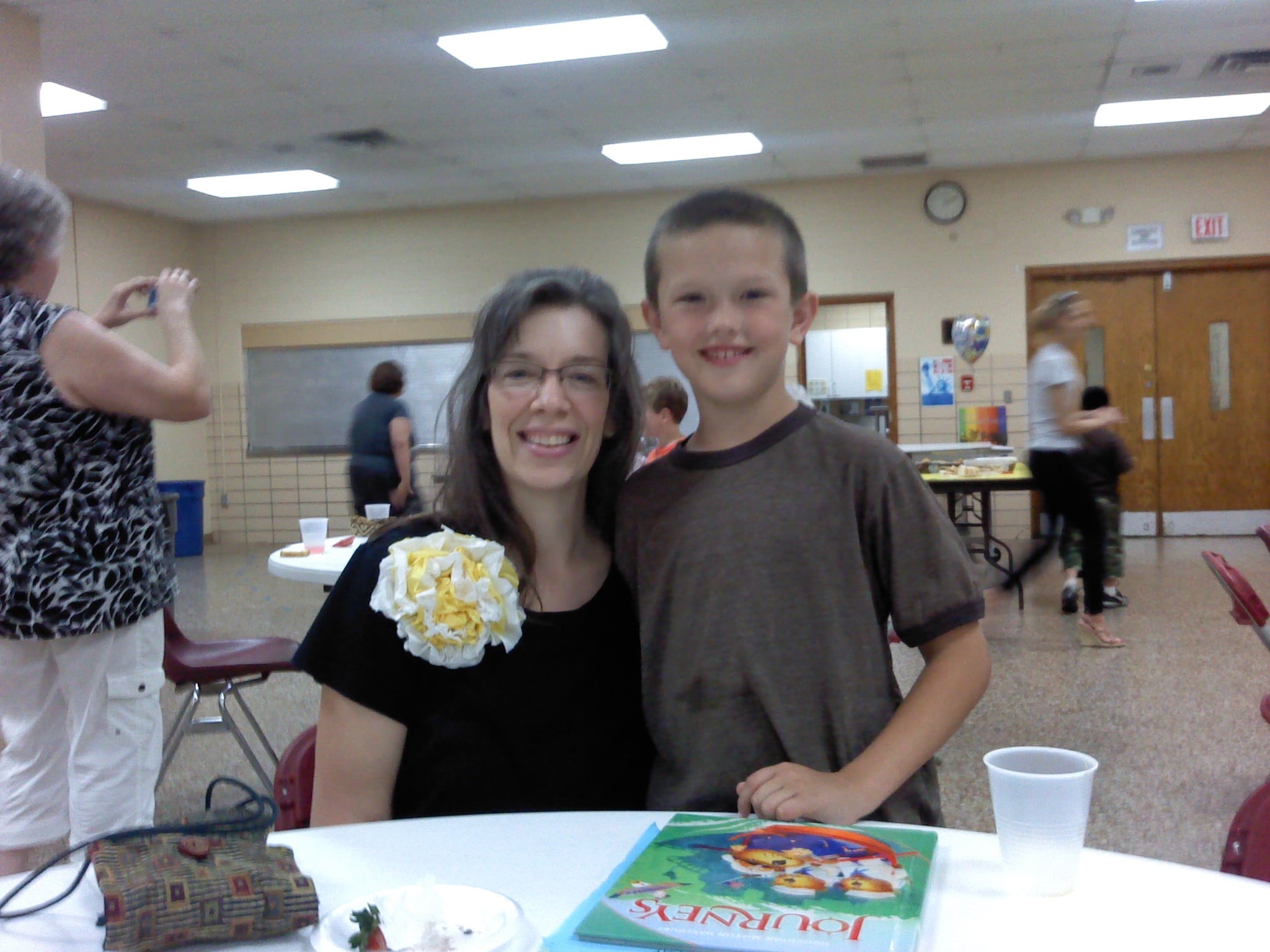 For the next 21 months, Christine continued to suffer. One of Christine’s most severe symptoms was akathisia, a state of inner restlessness with outer movement that compelled her to pace the house for hours on end. Mike was extremely supportive and understanding of her situation and he did all he could to help her.  As a caregiver, it was difficult for him to feel so helpless, knowing that nothing could be done to make it better. Everyday he saw her forehead scrunch up as a wave of painful symptoms began. She would break out in a sweat, tremble, and cry. He remembers thinking how lonely and trapped she looked.

Christine became very active in the online benzodiazepine Facebook support groups, particularly the Christian support group and Benzodiazepine Information Coalition’s advocacy group. Despite her own suffering, she spent most of her time encouraging and lifting up others who were going through the same process. She is remembered fondly by the community who was heartbroken over the loss of such a wonderful friend. A few of her closest friends from the benzodiazepine withdrawal community write of her:

Christine had a sweet spirit. She was encouraging and praying for others no matter how bad off she was. She colored beautiful pictures to help ease her mind and she also created beautiful scripture with artwork. She was a blessing to the group.

Christine was not one for giving up yet the unimaginable (except to those who’ve experienced it) challenge she faced in this withdrawal with akathisia, among many other symptoms, was unrelenting and without relief unless granted, upon occasion, the ability to sleep. In this state she’d still be an ardent encourager for others without fail. Her Christian faith never faltered but even this was not enough. Our community experienced great loss when Christine died and still grieves.

The End of Christine’s Life

On the night she died, Christine sent a carefully worded letter (excerpts below) to a rarely-used email account. Her words make it absolutely clear that the relentless nature of the withdrawal symptoms led her to end her life.

I love you very much. I’m sorry it has to end this way but I tried in my very limited capacity to trust God with all my heart, soul and strength. I just couldn’t go another day. You’ll make someone a fine husband if you choose to be. You need somebody to take care of you. Don’t let a day go by without spending a lot of time in God’s word and prayer. He’ll get you through this. I know He will. Look forward to seeing you again someday. Hugs.

I love you all so very much. I’ve missed you all terribly. I’ve suffered horrifically from the lorazepam prescribed by a doctor. Please know I tried to survive. Mikey has video to show you a tiny bit of what I went through

No one can help me. If I go to a psych ward, they will never let me out and drug me to bits. They can’t do anything for me. The mental and physical torture I’ve endured is beyond human comprehension. Please do not let my actions skew your view of God. God is great and mighty. He just didn’t choose to heal me and He knows best. I hope you choose to trust Jesus as your Savior.

I tried to survive. I just can’t do it anymore. Please serve the Lord fervently by winning souls and not compromise. Thank you for praying for me and Mike. Take good care of him. He’s a wonderful, Godly man.

Keep working hard to spread the word about these evil drugs.

My current symptoms include:
-Perceptual Distortion
-Akathisia… either I’m pacing, rocking or if feels like my chest is being torn apart
-Terror, panic
-Horrible insomnia
-Horrible nerve pain
-Feels like I’m going to explode
-Absence seizures
-I scream, I cry many times a day
-Intrusive thoughts
-PTSD
-Derealization
-Depersonalization
-Difficulty walking
-It’s difficult to eat
-I feel very lost at times
-Very agitated
-Feel like I’m being electrocuted
-Thoughts in my mind don’t make sense
-I can wake up in sheer terror and be unable to calm myself. This can go on all throughout the day. I can only crochet and do a colored pencil drawing when symptoms aren’t horrific, which isn’t often.

There is much more. I’ve had windows [breaks from symptoms]. The last one lasted an hour and a half today but that doesn’t compare to the level of this suffering. Please know, I tried.

I love you all.
Christine

Alone, she quietly left the house in the middle of the night where she drove to an empty field and ended her life. The medical examiner’s findings showed no evidence of struggle, saying she had never seen a suicide look so peaceful. But the gaping hole she left behind in her family, her church, and the benzodiazepine support community can never be filled.

May you rest in peace, sweet Christine, and may your story bring awareness and save many lives from benzodiazepine withdrawal. I know that’s what you would have wanted. In honor of Christine Anne Narloch 1969-2017. 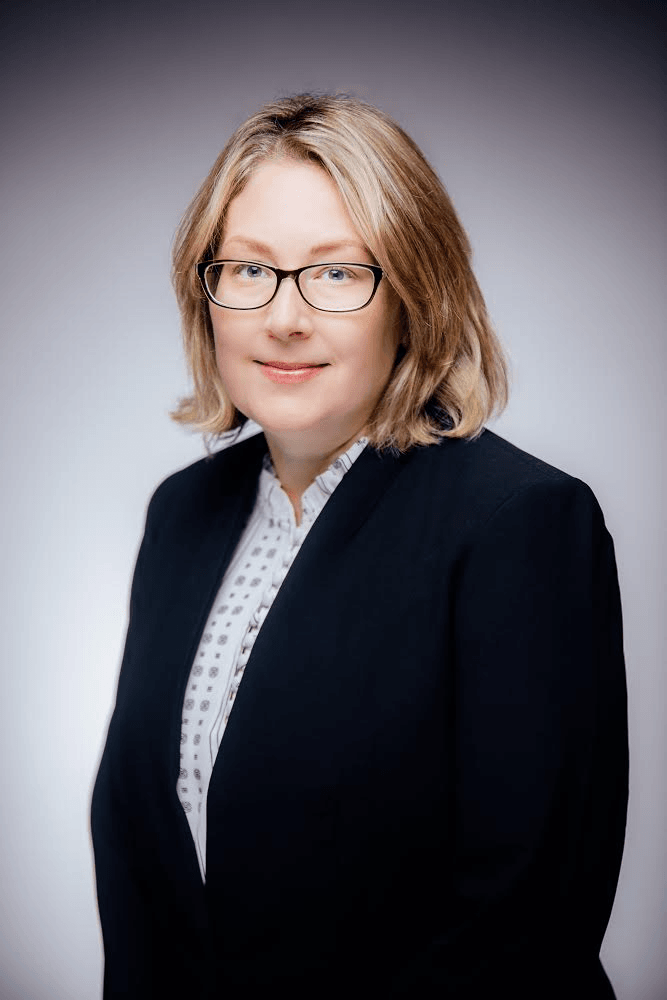 Christy Huff, MD, FACC is a board-certified cardiologist who resides in Fort Worth, Texas.  She attended medical school at the University of Texas Southwestern Medical School in Dallas where she graduated Alpha Omega Alpha in 2001.  She completed an internal medicine residency at Washington University in St. Louis in 2004.  Her cardiology training was completed at U.T. Southwestern in 2008, with a focus in advanced cardiovascular imaging and noninvasive cardiology.  She was in private practice as a cardiologist in Fort Worth from 2008-2011.  Following the birth of her child, she made the decision to become a stay at home mom.