Life experience gives one an intimate appreciation for the meaning behind the saying “just the tip of the iceberg.” Everyone’s encountered something that turned out to be much larger and more complex than was initially understood. In my experience, medicine has yet to submerge its head underwater to discover the true depths of the sordid underside of what I’m calling the “iatrogenic benzodiazepine iceberg.” My own boat capsized on that hidden mass, and I’m still treading, trying to keep my head above water. In other words, I’ve suffered prescribed benzodiazepine adverse effects and, many years post-withdrawal, am still enduring severe and protracted neuropsychiatric damage.

After eight years spent extensively researching the topic, supporting countless others, and volunteering (even alongside other physicians, PAs and NPs similarly harmed) with various nonprofit and awareness organizations whose missions center around benzodiazepine safety, I nod my head fervently in agreement with the conclusion of this Psychiatric Times article: “… physicians have been unprepared for these withdrawal disorders and are unable to treat or even guide patients through complicated withdrawal from these substances.”

Those of us involved in benzodiazepine safety and awareness efforts frequently find ourselves exasperated. The nature of our work leaves us surrounded by endless desperation, enduring suffering (in addition to our own) and countless suicides — all directly resulting from benzodiazepine misprescribing (>2-4 weeks, without informed consent about the real risks for physical dependence and withdrawal) and careless withdrawal practices (advising or forcing discontinuation much faster than is recommended or tolerated, setting patients up for severe and protracted syndromes).

We also perpetually have to push back against a collective denial about this drug class’ potential for severe harm in spite of well-established risks. In exceptionally frustrating moments, we sometimes fantasize about how easily we could arrange for those possessing doubt to discover the true depths of this problem. Sharing the barrage of emails the various awareness organizations receive daily — one recent message merely composed of two words: “Help me” — would be one way. But the sure-fire way? Inviting anyone brave enough to advertise their personal contact information as a benzodiazepine helpline.

In October 2018, Carrie Seidman, lead columnist for the Sarasota Herald-Tribune, would inadvertently accept that challenge. You see, upon her promotion to the columnist position, she pledged to respond to anyone who reached out by phone, email or snail mail. She has since made good on that promise, including after she covered benzodiazepines — twice.

Seidman’s first article, “Kicking ‘benzos’ … without much support,” was conceived after she was contacted by Caroline Chambliss, a woman injured by benzodiazepines whose three-decades-long prescribed physical dependence (erroneously conflated with the term “addiction” in Seidman’s column out of an unfamiliarity with accurate language surrounding this topic) and subsequent withdrawal were the subjects of the piece. Seidman didn’t have any particular bone to pick with benzodiazepines prior to covering them: “I write about issues and current concerns that are of interest to members of the Sarasota community … I had heard of benzos; my son had been offered Xanax when he was being treated for a mental health disorder. Within a week, I saw its potential for harm and took him off it. I did not have an awareness of the depth of the dependency dangers, however, until I spoke to Caroline,” she said.

Seidman’s contact information is plainly listed beneath her columns and those harmed would find it. Calls and emails from around the country from others with devastating benzodiazepine withdrawal symptoms flooded in, motivating Seidman to publish another benzodiazepine column just over a week after her first. “Almost every contact was from someone trying to withdraw and suffering … [they] were disturbing and painful, particularly since there was very little I could do to help anyone … I am a journalist, not a medical person or even an expert in this field. The stories, unfortunately, were very similar: they’d been prescribed the drugs for whatever reason (usually vague), they helped for a while and then began a nightmare of secondary symptoms doctors attributed to other causes. Those who were in withdrawal or trying to withdraw were the most desperate and distressing,” said Seidman.

Seidman’s second column concluded, “You have to be pretty desperate to reach out to a small town journalist 3,000 miles away hoping she can provide you with what everyone in your own circle has not.” Unfortunately, that statement succinctly summarizes the current reality concerning benzodiazepines: laypeople and sufferers themselves are unfairly left shouldering the burden of this systematic failure of health care. To date, Seidman estimates she’s heard from over 100 people. Those contacts are merely an embodiment of the bigger picture: there is a gross lack of medical education around the proper prescribing and deprescribing of benzodiazepines in spite of their infamy for having one of the most debilitating withdrawal reactions in all of medicine. And the problem isn’t going away — in fact, it’s getting worse: a recently-published study in JAMA Network Open revealed that the percentage of outpatient medical visits that led to a benzodiazepine prescription doubled from 2003 to 2015. In reference to that study, the following apropos question appeared in my Twitter feed: “Is it possible to learn nothing in 50+ years?”

So where do the very real human beings on the other end of those phone calls and emails go when Seidman and others like her can’t help them? The internet. Online forums and support groups, like Benzobuddies, receive millions of page impressions each month because they’re the only places providing any meaningful help. The U.K.and Australia offer some benzodiazepine withdrawal support services, but they’re off-limits to foreigners due to barely having sufficient resources for their own. In a perfect world, similarly-modeled services would pop up everywhere — instead, some are closing from pulled funding. This is a shame as the withdrawal advisors affiliated with those services possess decades of invaluable experience helping benzodiazepine patients.

No one seriously expects anyone to field calls and emails under the guise of a helpline, but much can be learned from just observing the online benzodiazepine communities (like the Psychiatric Times article authors did). Benzodiazepine patient groups are experientially adept at withdrawal methods and could contribute considerably to the conversation on how to throw life preservers to those drowning as well as how to prevent the inevitable sinking of more ships in the future. What we absolutely cannot do is continue circumnavigating this near-six-decades-long issue, pretending it doesn’t exist.

Nicole is a Physician Assistant residing in Virginia. She obtained a BS at James Madison University in 2000 and then went on to complete the Master of Physician Assistant program at Eastern Virginia Medical School in 2004. She practiced in an Urgent Care and Occupational Medicine setting until severe illness from benzodiazepine withdrawal syndrome left her unable to work.

In 2005, she was prescribed Xanax for "work-related stress". Over the course of five years, she developed many classic symptoms of benzodiazepine tolerance withdrawal, which multiple psychiatrists misdiagnosed as mental illness. This resulted in prescribed polypharmacy to "treat" the troubling symptoms of tolerance, including two benzodiazepines prescribed simultaneously, a Z-drug, an antidepressant, and an antipsychotic. In late 2010, after discovering a magazine article authored by a journalist experiencing similar symptoms from his prescribed benzodiazepine, Nicole was prompted to research further and made the connection between her own troubling symptoms and the medication. This was followed by her immediate decision to withdraw. Unfortunately, lacking the proper guidance or information at the time regarding the absolute need for a slow taper, she was negligently cold-turkeyed in a detox center. This ultimately resulted in a severe and protracted withdrawal syndrome that persists to date.

When symptoms allow, Nicole writes about benzodiazepines and their potential to cause severe and/or protracted withdrawal syndromes and volunteers her time helping with ongoing benzodiazepine awareness initiatives including Benzodiazepine Information Coalition and the Benzodiazepine Action Work Group of the Colorado Consortium. Nicole also co-founded The Withdrawal Project and she does marketing, distribution and outreach for Medicating Normal-The Film. She is an associate at the International Institute for Psychiatric Drug Withdrawal. She hopes to continue to use her lived experience to advocate for more education and awareness around benzodiazepine risks and harms as well as for changes in prescribing and withdrawal practices. Other interests include the primal lifestyle.

Mad in America, the Council for Evidence-based Psychiatry, International Institute for Psychiatric Drug Withdrawal and A Disorder 4 Everyone presented a series of live, online town hall discussions focussing on issues related to psychiatric drug… 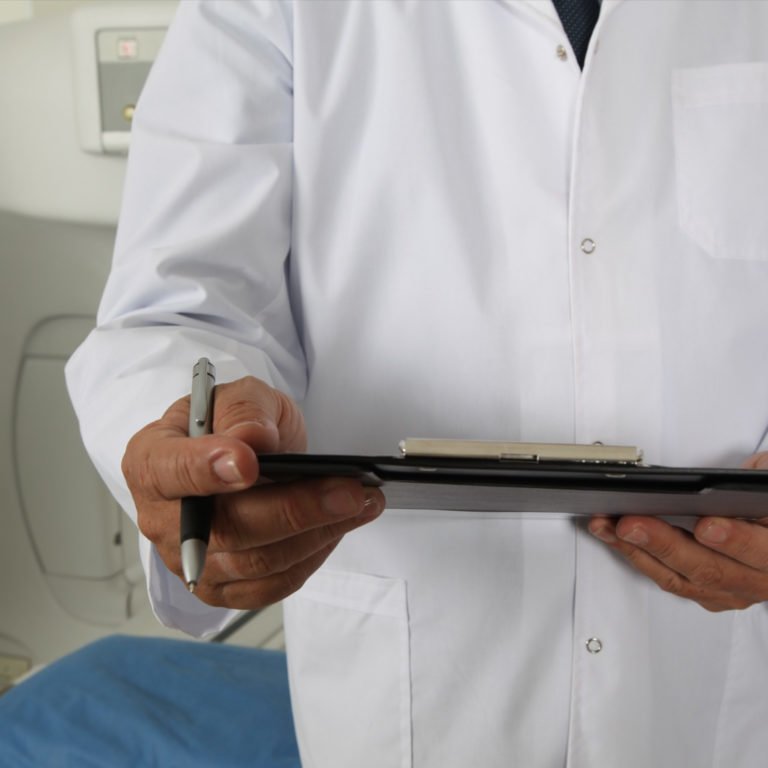 Christine Anne Narloch passed away on June 16, 2017 at the age of 48 after a long struggle with benzodiazepine withdrawal syndrome that ended in suicide. Her husband, Mike, describes her as “an intelligent woman…

“Alice Woods” is dying of metastatic breast cancer, but she cares little for awareness efforts like pink ribbons and catchy hashtags like #stage4needsmore. You see, Alice has akathisia due to an adverse effect from discontinuing…

Acclaimed Australian actor Heath Ledger, died in 2008 from an accidental overdose as the result of acute intoxication by the combined effects of oxycodone, hydrocodone,diazepam, temazepam, alprazolam, and doxylamine. Ledger died at age 28, during the…