An excerpt from Dark Side of Sleeping Pills Chapter 8A. A free copy of the full book is available here.

When we reported that people who took sleeping pills died 4.6 times faster and suffered more cancer,[66]  I made quite certain that the FDA had reviewed the new studies. Also, by that time, the Agency’s own internal documents showed that the FDA knew that for the majority of patients, Ambien doses were likely to be ineffective, unsafe, or both.[67]  Forgive my naivety. Ignoring, at that time, 21 studies showing that people who take sleeping pills die sooner or suffer more cancer, some suggesting that sleeping pills were as dangerous as cigarettes, the FDA still claimed (in August, 2012) that sleeping pills were “safe and effective.” It may not surprise you that just a few years later, the FDA public relations person who made that “safe and effective” claim for hypnotics was employed by a sleeping pill company, no doubt well-paid. The FDA decided to require no black box warnings about mortality and cancer risks for zolpidem and similar drugs, nor did the FDA require further studies to confirm whether the mortality and cancer risks are substantial.

When the FDA took no practical steps to warn the public about sleeping pill mortality and cancer risks, and gave only minimalizing mention of proven depression and infection risks, I formally petitioned the FDA in October 2015 to require more warnings and more research to clarify how much sickness and early death were caused by sleeping pills. Although the law required (as the FDA admitted) that the Agency respond to my petition within six months, the FDA gave no substantial reply, responding mainly that the problem was too complex for them. Also, evidently fearing that my concerns would be proven well founded, neither the FDA nor the manufacturers dared to initiate the large clinical trials needed to more accurately determine the magnitude of the unnecessary mortality and disability that sleeping pills cause.

Perhaps we should not be surprised when the FDA fails to protect the public. A 2009 report of the Congressional Government Accountability Office questioned the FDA’s ability to protect Americans from unsafe medical products.[68]  A 2012 National Institute of Medicine report found that the FDA’s current oversight was not adequately assuring the safety of marketed drugs.[69]

The FDA Amendments Act of 2007 gave the FDA authority to require additional safety studies on marketed drugs when needed, but these were not ordered for sleeping pills. The Act provided authority to require risk evaluation and mitigation strategies, but the FDA disclosed no such evaluation and mitigation strategy to deal with cancer and mortality risks of sleeping pills. To give another example, in a September, 2012 lawsuit and press release, Public Citizen alleged that the FDA was acting unlawfully in failing to protect the public from an Alzheimer’s Disease drug, because it had “chosen to support the profit interests of a large pharmaceutical company.”[70]

A rapidly-increasing body of evidence has demonstrated serious risks of hypnotic drugs (sleeping pills). These were documented in more than 50 new publications since 2015.[71]  To better define the causal magnitude of hypnotic harms, in 2015 I had petitioned the U.S. Food and Drug Administration (FDA) to require large randomized placebo-controlled safety trials. In December 2018, when the FDA finally got around to replying to my petition – more than two years past their mandatory deadline – I was appalled that the Agency’s response ignored all 50 new publications and declared no need for further research. [72]

Does the FDA follow a policy of approving drugs that kill patients if the hazard ratio is less than 2.0? The FDA reported no meta-analyses of their own and ignored the published independent meta-analysis confirming significant mortality hazards associated with hypnotics,[75]  for example, a mortality hazard ratio of 1.73 associated with the Z-drug hypnotics. The FDA was even defending FDA medical approval of barbiturate sleeping pills that nobody recommends any more except for death row.

The FDA claimed that studies of cancer risk did not support an association of hypnotics with increased cancer risk, failing to report any meta-analyses of their own and ignoring two published meta-analyses that inferred significant cancer risks. There were randomized controlled trials data from FDA files showing an excess of cancers among patients randomized to hypnotics.[76]  The FDA claimed “lack of clear biological mechanisms,” ignoring evidence already revealed in FDA files that some hypnotics are clastogenic (cause mutations of chromosomes).[77]  The FDA did not employ their animal testing facility to clarify hypnotic carcinogenicity in rodents, though the Agency could have supplemented the manufacturers’ inadequate studies that had already reported evidence of carcinogenicity in animals.

The FDA further ignored summaries of randomized clinical trials taken largely from FDA files which proved that hypnotics caused infections and depressions.[78]  Likewise, the FDA presented no meta-analyses of their own unpublished data regarding infection and depression risks.

The 2018 FDA response endorsing 10 types of hypnotics was inconsistent with recently-issued opinions disapproving most use of hypnotics from the American Geriatrics Society, the American College of Physicians, the American Academy of Sleep Medicine, and the European Sleep Society, all of which the Agency response disregarded.[79]  Why did the FDA pay no heed to these most recent distinguished expert opinions? It appears that the FDA literature review might have actually been written in 2015 without then generating a response to my petition, and that since then, the FDA has elected to ignore new scientific evidence and major new professional recommendations.

Did the FDA unveil its response to my petition on December 3, 2018 only because the November 2018 election selected a Congress that might look into FDA inaction regarding how hypnotics augment the suicide epidemic?

Daniel F. Kripke, M.D. is a licensed physician certified by the American Board of Psychiatry and Neurology and an Emeritus Professor of Psychiatry at the University of California, San Diego. He also has done research with the Scripps Clinic Viterbi Family Sleep Center.  Dr. Kripke was elected a Fellow of the American Psychiatric Association, co-authored hundreds of medical articles and has given invited lectures in 18 countries. In 1973, Dr. Kripke established one of the first sleep clinics in the United States.  He treated patients with sleep disorders until retirement from his clinical practice at age 70.  Dr. Kripke continues to be active as a researcher and as an advocate for raising awareness of the dangers associated with sleeping pills, particularly hypnotic drugs.
Dr. Kripke’s research has shown that hypnotic drugs, especially certain benzodiazepines and Z drugs with similar actions on the brain, have the potential to cause infection, depression, and are associated with increased risk of death and cancer.  Dr. Kripke’s desire in joining Benzodiazepine Information Coalition is to inform the public about the grave risks of these drugs. 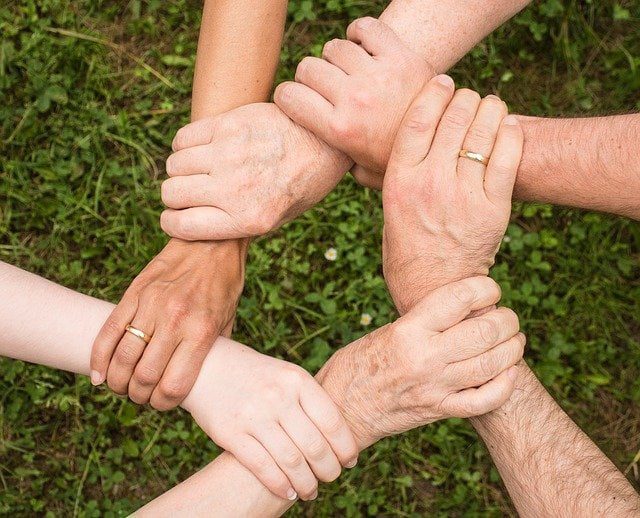 In 2017, Benzodiazepine Information Coalition initiated a campaign reporting patient harm to the FDA through their MedWatch Adverse Event Reporting System. Many of the Facebook groups and BenzoBuddies joined in. We shared our message far and wide,…

American model, actress, and television personality Anna Nicole Smith died in 2007 at age 39. She was found dead at the Seminole Hard Rock Hotel and Casino in Hollywood, Florida. Her death was ruled an accidental drug… 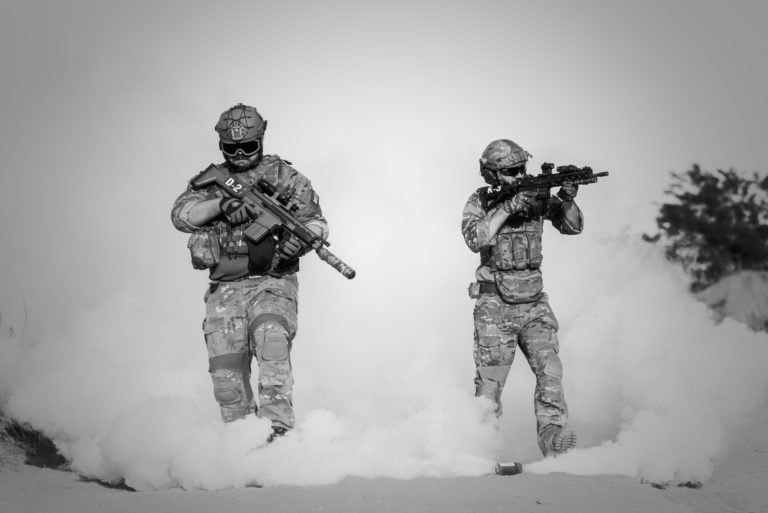 Benzodiazepines (BZs) are mostly prescribed for secondary symptom management when used in the treatment of post traumatic stress disorder. Most notably, they are given for insomnia and anxiety (in the form of hyperarousal). They work… 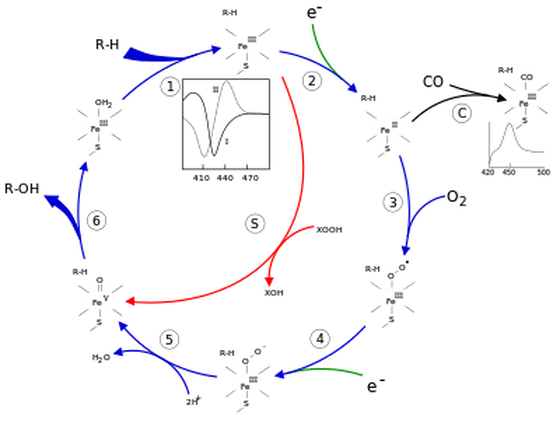 Whether it was for a sinus infection or bronchitis, most people have taken an antibiotic at some point in their lives. Antibiotics can be lifesaving medications but, like all other drugs, they come with risks…. 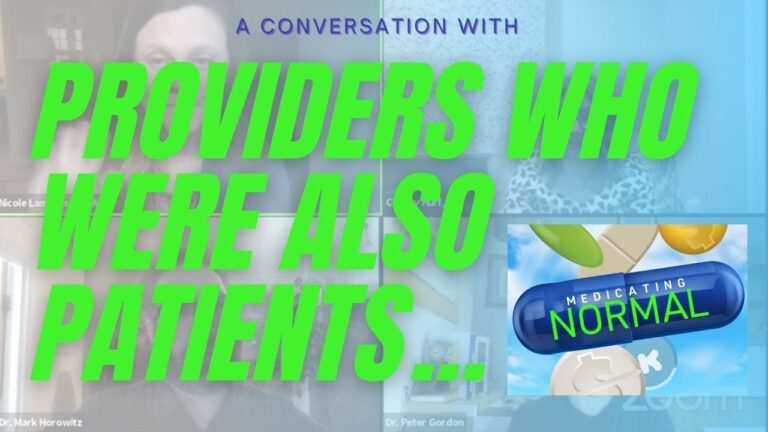 The documentary Medicating Normal presents a discussion with our director, Dr. Christy Huff, along with Nicole Lamberson, PA, Dr. Mark Horowitz and Dr. Peter Gordon about their experiences as a medical provider harmed by psychiatric… 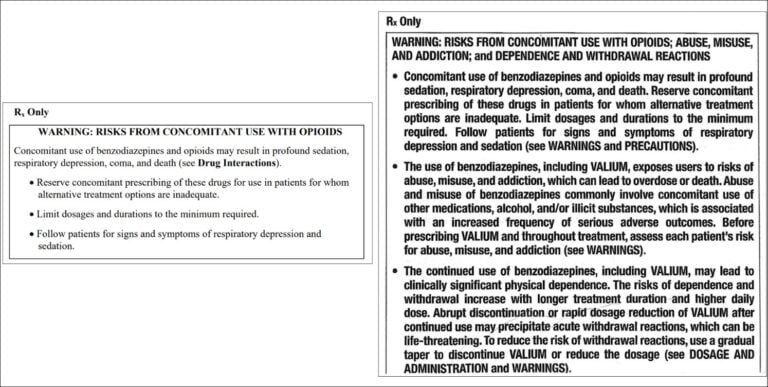 In 2017 we started our MedWatch Reporting Program. This ongoing program gives patients information to report their own benzodiazepine experiences to the FDA. So far it has been a success. In September, 2020, the FDA…