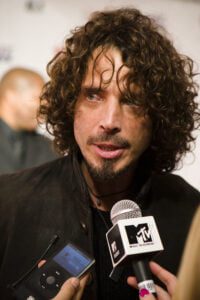 In 2017, American rock musician Chris Cornell died of suicide by hanging in his MGM Grand Detroit hotel room. His family has spoken out, however, stating that he was not suicidal and instead blame the adverse effects of Ativan (a benzodiazepine) for causing his death. The Soundgarden and Audioslave frontman had a previous drug and alcohol addiction problem. He had been in recovery for 4 years. Cornell had a prescription for Ativan and, according to his wife Vicky, he was slurring his words when she spoke to him on the phone just prior to his death. In that conversation, he admitted to his wife that he had taken more than his prescribed dose of his Ativan.

We know that benzodiazepines are proven to cause suicidal thoughts and actions in some people. Ativan’s FDA package insert warns that it may worsen or cause new-emerging depression and a possibility for suicide should be “borne in mind” for those patients. We also know that, of all the benzodiazepines, Ativan carries the strongest FDA language on its package insert about the risks of physical dependence and withdrawal, stating:

In general, benzodiazepines should be prescribed for short periods only (e.g., 2-4 weeks). Extension of the treatment period should not take place without reevaluation of the need for continued therapy. Continued long-term use is not recommended. Withdrawal symptoms (e.g., rebound insomnia) can appear following the cessation of recommended dose after as little as one week of therapy. Abrupt discontinuation of product should be avoided and a gradual dosage-tapering schedule followed after extended therapy.

Why Cornell took more Ativan that he was prescribed can only be speculated. Dr. Drew Pinsky, a famous addiction specialist, told 95.5 KLOS that, as a recovering addict, Cornell “should never have been exposed to” Ativan. He added that (hear audio below):

Benzodiazepines can make people suicidal. It’s the hidden epidemic. People have gotta remember – we’re getting awareness about opiates. Benzos, over a long term, particularly – and by long term, I mean more than two weeks – are a very dangerous class of medications, and extremely dangerous if you have a history of addiction.

In May, 2021, Cornell’s family settled a lawsuit with the doctor who prescribed lorazepam. The terms of the settlement are confidential. Chris’ death marks another senseless, tragic and preventable loss of a talented man to the irresponsible prescribing of benzodiazepines.