Arthur Shapiro and colleagues published a randomized, double-blinded study in the 1983 Journal of Psychiatric Research entitled Diazepam: how much better than placebo? assessing the effectiveness of diazepam versus placebo and weekly psychotherapy in the treatment of “neurotic” anxiety. At the time of publication, there were 70 million diazepam prescriptions in the U.S., with world-wide sales exceeding 650 million dollars each year. The authors note that “these impressive figures imply impressive effects, ” yet their “anti-anxiety effects, for which these drugs are most used, are unclear and certainly not impressive.”

Of the 2805 psychiatric patients who were assessed for outpatient treatment between 1972-75, 224 met criteria for the study and 139 completed all 6 visits. Patient underwent psychiatric assessment with standardized testing at the initial visit. Patients who met the following criteria were considered for the study:

Patients were randomly assigned to treatment with diazepam or matching placebo tablets.

Patient were assessed over a period of 6 weeks with weekly return visits by standardized testing and interview with a psychiatrist. Each patient received 15-20 minutes of psychotherapy. The authors note that DSM-III criteria were not in effect at the time of the study, but 161 of the 224 patients in the study met criteria for generalized anxiety disorder (GAD) based on DSM-III definitions. The sample population was in general young (mean age 28.9), Caucasian (88%), female (63%), and middle social class with greater than high school education (64%).

Psychiatrists rated patients on global improvement at each weekly visit with a 7 point scale ranging from “markedly better to markedly worse.” Patients rated their own global improvement using the same scale. Likewise, both psychiatrist and patient rated the anxiety level at each visit.   These 4 dependent variables were used to measure response to treatment.

Nonspecific variables were also assessed, such as favorable reaction to placebo, patient preference for drug therapy, and positive attitudes to doctors by patients (and vice versa).

The dosage for the first week of treatment was 10 mg for both diazepam and placebo. Doses were subsequently “clinically titrated and resulted in an average dose throughout the 6 visits of 21.4 mg”.

Completed sample (N=139): Psychiatrists, but not patients, rated the diazepam group as significantly more improved only at the first revisit.

Patient-psychiatrist agreement sample (patients were excluded if the two disagreed in their assessment): There was no significant difference between the diazepam and placebo groups.

Nonspecific variables: positive placebo reaction, patient pre-treatment attitude to physician, and patient attitude toward physician were significant factors in patient improvement at both the first revisit and end of study.

This study did not provide evidence that diazepam is effective in the long-term treatment of anxiety. In fact, in this population sample, it was shown to only be effective in the first week of treatment. Nonspecific factors played a substantial role in predicting treatment outcome, raising the question that the “success” of diazepam could be in part due to these non drug-related factors.

The authors did note a few study limitations, including:

Based on the study results, the authors conclude that “most patients can probably be successfully treated without diazepam, and possibly with brief, supportive psychotherapy.” They also mention that while these results are limited to diazepam, they could be generalized to all benzodiazepines. For this reason, the long term use of benzodiazepines is “not supported by the data of this study and the accumulated data in the literature.”

Christy Huff, MD, FACC is a board-certified cardiologist who resides in Fort Worth, Texas. She attended medical school at the University of Texas Southwestern Medical School in Dallas where she graduated Alpha Omega Alpha in 2001. She completed an internal medicine residency at Washington University in St. Louis in 2004. Her cardiology training was completed at U.T. Southwestern in 2008, with a focus in advanced cardiovascular imaging and noninvasive cardiology. She was in private practice as a cardiologist in Fort Worth from 2008-2011. Following the birth of her child, she made the decision to become a stay at home mom.
Dr. Huff experienced benzodiazepine withdrawal firsthand after she was prescribed Xanax for insomnia related to a major health crisis in 2015. After developing concerning symptoms and receiving no answers from her primary care doctor and a prominent neurologist, she began to research benzodiazepines and discovered her symptoms were consistent with benzodiazepine withdrawal syndrome. With the help of a local psychiatrist, she slowly tapered off benzodiazepines using Valium. Christy’s personal experience has led her to realize the dangers of these drugs and the severity of the benzodiazepine withdrawal syndrome, neither of which were emphasized during her medical training. She is an advocate of better education of physicans regarding the dangers of benzodiazepines and how to safely taper patients off these drugs, and stronger regulation of the prescribing of benzodiazopines. 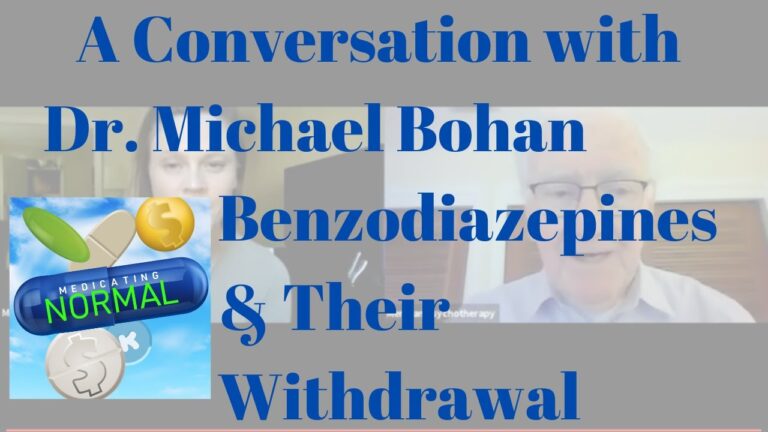 Dr. Michael Bohan speaks with Nicole Lamberson, PA for Medicating Normal. Both Dr. Bohan and Nicole serve on our medical board. The interview focuses on Dr. Bohan’s experiences tapering physically dependent patients off of benzodiazepines…. 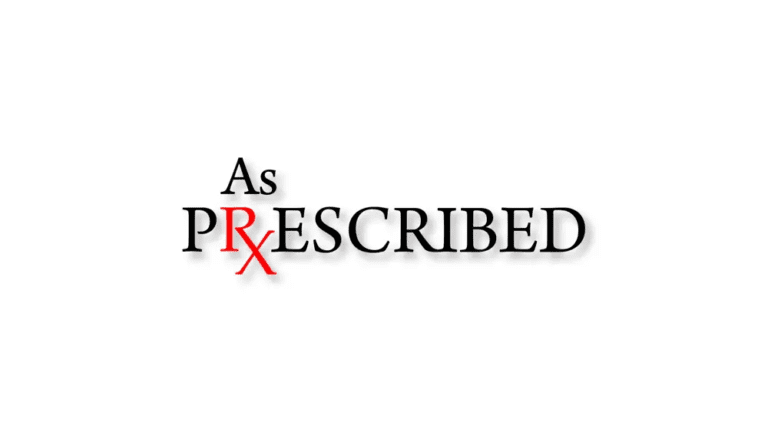 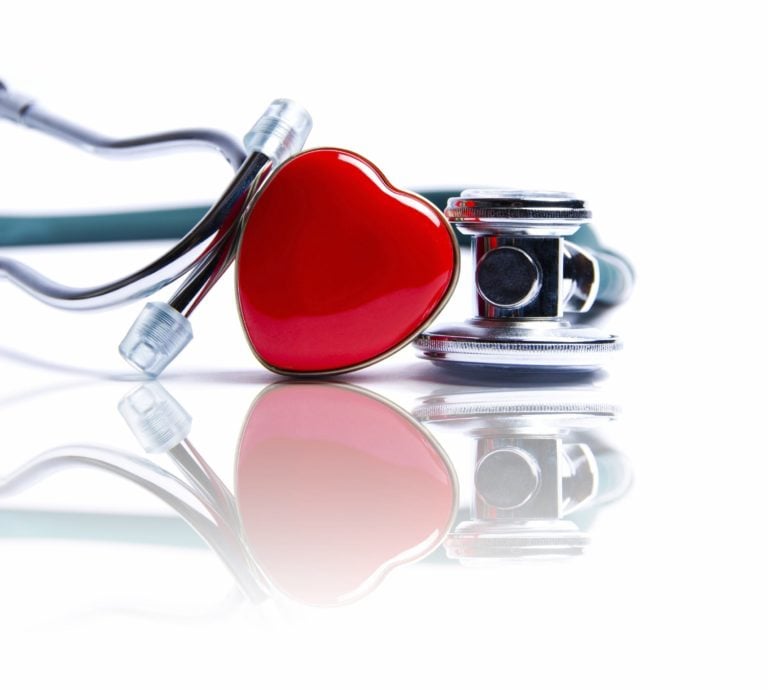 Dear Chairs and Members of the Committee on Mental Health and Substance Abuse, Honorable Senate and House of Representatives of the Commonwealth of Massachusetts, I am a 40 year old cardiologist from the state of… 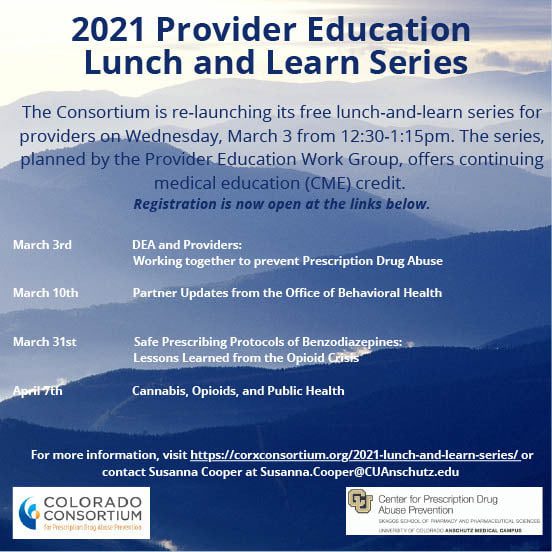 On March 31, the Colorado Consortium held the Lunch and Learn Safe Prescribing Protocols of Benzodiazepines: Lessons Learned from the Opioid Crisis, presented by Drs. Alexis Ritvo and Christy Huff. The entire series, planned by the Provider Education Work… 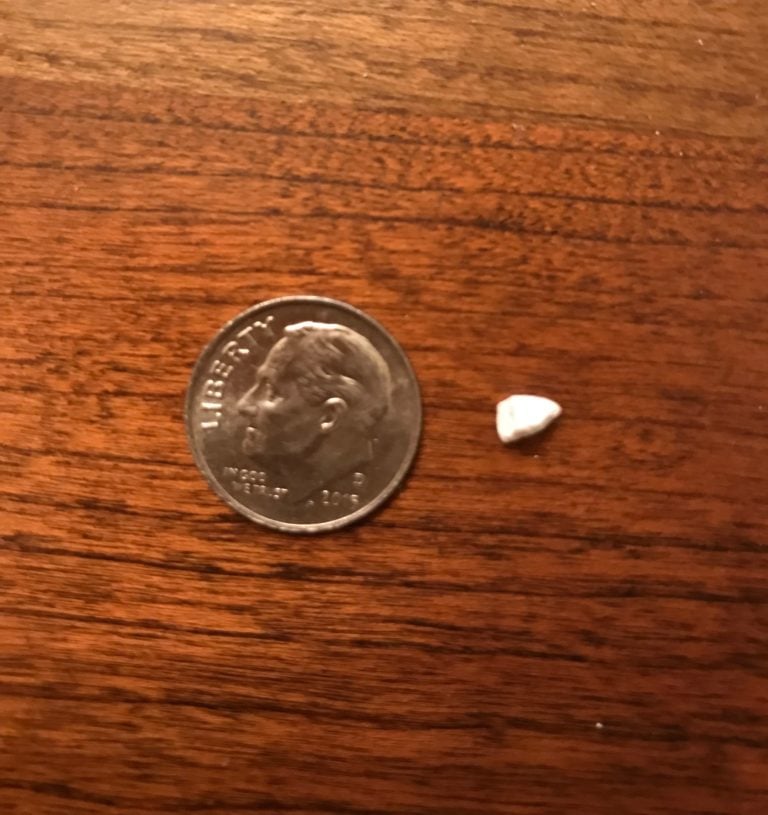 Benzodiazepines come in many different dosages and strengths. One might assume there are enough dosages available to safely taper off of the drug but, for many patients, this is not true. Breaking a pill in…

I can’t believe I have to say this, but brain and neurological injuries are not addictions. One way that benzodiazepine-damaged patients are silenced is being forced to defend themselves against the addiction narrative that is…